Call me fan-crazed or accuse of me having OCD, but I can still remember the day that I heard Wayne Blackshear had verbally committed to play basketball at the University of Louisville.

Ok, for the sake of being truthful none of those famous movie quotes sprang from my mouth.  Instead, I can recall texting a few buddies of mine, all die hard UofL fans like myself, in doing my part to spread the good word.  Rick Pitino had landed a future McDonald’s All-American, the toast of high school hoops in Chicago, and a future Illinois Mr. Basketball winner.  To put it mildly, Wayne Blackshear could have been at that time (and may still be) the most decorated recruit Pitino has landed during his tenure at UofL.

So, with all the hype comes all the pressure.  You finish high school, you move away from home and you end up in a city that loves college basketball as much as only a few others could claim only to sustain a potential season ending shoulder injury before the season started.  This was Wayne Blackshear’s life four years ago.  And since that time, his playing days at UofL have had more ups and downs than The Beast at King’s Island.  His career would drive a sports psychologist crazy.  Even as I type this blog and reflect, I find myself stopping and scratching my head wondering who Wayne Blackshear really is, how good he truly can be at the game of basketball, and what on Earth the next month of basketball will look like for him., I will attempt to break down Wayne’s playing days at UofL into three areas…..

– After having only scored 37 points during an injury ridden freshmen season, Wayne Blackshear is only 97 points shy of scoring 1,000 (a measuring stick for many former Louisville players) for his career.  Don’t believe me?  Look it up.

– Blackshear was a key cog to not only one, but two Louisville teams that played in the Final Four – the most memorable being the 2013 National Champion squad

– Off the court he has personified what Louisville fans ask of beloved players: to be humble, professional and to stay out of trouble.

– By the end of his playing career at UofL, no former individual player will have been a part of more team wins 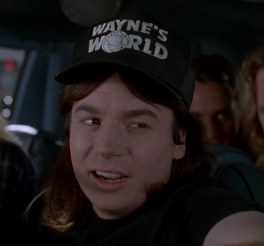 – Blackshear, throughout his career at UofL, has been placed on more milk cartons than any player in the 21st century for his disappearing acts in big games

– Despite being a senior, Wayne has clearly been unable to connect with many of his under classmen teammates the past few years.  It doesn’t take long from a viewing standpoint to see that players don’t look to him for leadership

– Blackshear is coming off a game against Syracuse where his stat line after 19 minutes read as follows:  0 points, 0 rebounds, 0 assists, and 5 fouls.  He was so disinterested he looked like me in Algebra class.  Louisville, in the biggest way, needed Wayne to play a major role against the Orangemen after the loss of fellow senior Chris Jones.  Unfortunately, Wayne did not deliver – a result that Cardinal fans have grown overly accustomed to.

It’s hard to imagine a kid like Blackshear, who beat out former UK star Anthony Davis 4 years ago for the coveted Mr. Basketball award in Illinois, turning the corner before it’s too late.  Coach Pitino would disagree as he has continuously praised Blackshear for his practice performances of late and is convinced that Wayne will have a “big March.”  Card fans like myself sure hope so, but are not holding our breath.

And in conclusion this may come as a shock, but I really like Wayne Blackshear.  In fact, I think the primary reason I, and other fans, have been so disappointed at times is because we see a great kid, a model student athlete with a big smile and a lot of untapped talent. It’s still not too late for Wayne, as March is still a week away. Will it happen?  Will he get out of his own way, relax, and just play?

Time will tell, but there ain’t much left…..