Turnovers, and lots of ’em helped guide a determined and pesky Houston Cougar football team to a fairly shocking 34-31 win over Louisville this past Saturday at a packed PJCS, dropping the Cards to 0-2 on the season and successfully pissing off 50K+ fans for the evening. In addition to the careless turnovers on Saturday, a day full of Pop Warner’esque type tackling also killed the Cards on defense as well as on special teams helped lead to their slow demise. Add to the fact that the Cards somehow found it’s way into another QB controversy – this time involving Junior Kyle Bolin & freshman Lamar Jackson – and there is a wide array of issues and concerns fogging up the room as the Cards ACC opener against a nationally ranked Clemson squad in just three days looms. Is it time to hit the ever dreaded panic button?

Prior to the season opener against Auburn, most agreed that UofL’s defense would be it’s ace in the hole and the primary reason to believe that the Cards could make a run at an ACC title. Being that UofL has yet to play a league game, there is still the possibility that Louisville can indeed right the ship and make noise within it’s conference. But if that is going to transpire, things have to change…..quickly. Specifically, the Cards are gonna have to start getting their defense off the field sooner rather than later in games. After two games, as a team UofL has recorded a total of two (2) sacks. 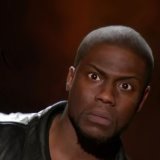 To add salt to the futile sack performance fact wound, both sacks have been recorded by the same player, senior Keith Kelsey, a linebacker. That simply means that highly touted players up front such as Devante Fields, Sheldon Rankins and De’Angelo Brown have yet to bring down a QB while in the pocket – not good. Clemson’s QB, Deshaun Watson, is savvy and athletic and if Todd Grantham is unable to find ways to get him to the ground without him getting to the outside then it could be a long night for the once heralded Louisville defense yet again. Note to team: watch film, tackle quarterback…..often and early. 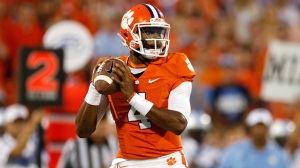 As a fan and observant viewer, yes I am semi-concerned about UofL’s defense as a whole at the moment. My biggest fears lie in the secondary where despite early outstanding play from Josh Harvey-Clemons, the word of the day is “burnt”. I am ever so slowly growing leary of watching Trumaine Washington and Zykiesis Cannon line up against opposing wideouts only to watch them get torched for big gains and touchdowns. But despite the overall play of this Louisville defense as a unit, the thing that keeps me up at night is the offensive line. Not being able to consistently run the ball with a fairly inexperienced offensive line against Auburn is one thing. Struggling to move the rock on the ground at home against Houston is another ball of wax all together that frankly shouldn’t happen. The O-line DID show some signs of coming together during Kyle Bolin’s first series at QB on Saturday when the running game came alive and helped produce a quick touchdown highlighted by easy yards compliments of Brandon Radcliff and Jeremy Smith. Bottom line: hit somebody in the mouth. This line HAS to do a better job of creating lanes between the tackles and keeping the pocket from collapsing on virtually every snap. Sure, a freak athlete like Lamar Jackson may possess the skills to evade an overly pursuant defensive line but that will not be the case if Kyle Bolin is running the show. Bolin will need time and a clean pocket to work his mojo. But there is no argument that UofL’s offense looked much more like a Bobby Petrino oriented offensive attack against Houston with a conventional drop back passer in Bolin in contrast to the spread with Lamar Jackson.

Frankly, I haven’t a clue what’s gonna happen this Thursday when Clemson rolls into The Ville. The only certainties for me will be a few pre game cold beverages in the green lot and me potentially losing my voice by halftime. I am really hoping to see a high level of energy from the players, something that was absent on Saturday. If you can’t get up for a conference home opener against a nationally ranked opponent that you let off the hook last season then you need guidance. I’m hoping to see the Cards pound the running game early and often. As for who plays quarterback…..hell, I don’t care if it’s the Easter Bunny as long as he’s efficient and protects the pigskin. Another thing I am hoping to see is the continued emergence of WR Jaquay Savage (formerly Williams) as he was a man among boys against the Cougars while hauling in passss like this…….

I’m not a big cliché’ guy, but for once I might begin prescribing to the “we are young” notion the more I look at the current makeup of UofL’s roster. Now, I am well aware that UofL’s defense is primarily made up of upper classmen. Aside from that, the Cards have youth everywhere you look, especially at the WR position. Guys like true freshmen Traveon Samuel, Jaylen Smith and Devante Peete need to play beyond their years on Thursday and make some big plays. I hope the fans stay behind this team like they have other late blossoming squads in years passed. In time, I think Petrino will finally settle on a QB and the offense will find some resemblance of a consistent attack. The fans need to be vocal on Thursday and decked out in their finest black UofL threads. Clemson won’t be intimidated, yet I think the fan base could do more for this young UofL team by simply giving it the extra boost of adrenaline it so badly needs. Now is not time to get complacent and start second guessing things. Now is the time to lace ’em up and prove you won’t get pushed around at home for a second consecutive game.

Me and my fellow Cardinal fans in the Green Lot afterwards be like….. 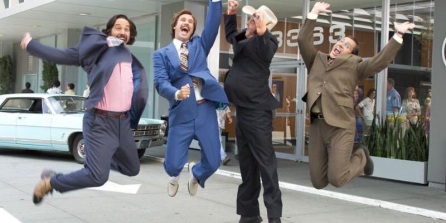