The Heartbreakers: Live at the Yum Center!

Valentine’s Day card for that someone special? ✅

Another momentum-building home ACC win for the Cards? ❎

Wait, what? So after most Card fans had their holiday events all mapped out and in check, a nine point home loss to NC State (UofL’s first home loss to an unranked team since 2005 while being in the top 10 themselves) comes along and breaks up the party. Don’t color me shocked, but please do color me concerned.

If you play with fire over and over thinking you won’t get burnt, think again. Translation: you can only shoot below 40% collectively as a team against ACC competition before you lose. Saturday’s loss, in an essence, was a long time coming. UofL has found itself on the winning end of several tight games over the past month all while damaging rims around the country with their poor shooting. Yesterday, the hour glass ran out and Louisville lost, period.

Where do the Cards go from here? Well, for starters they travel to Syracuse on Wednesday. But in theory, UofL needs to find a route toward making better use of their resources: feeding the ball to Harrell in the post more, giving more minutes to Mahmoud, and doing a better job of rebounding.  The timing of a trip to Syracuse could not come at a worse time: The Orangemen’s match up zone and unconventional length could take Louisville’s perimeter shooting woes to a season low. That means that Montrezl Harrell must score more than two points (true story) like he did against NS State. And while on the topic from above concerning holidays, another key on Wednesday night will be Louisville’s ability to hold Rakeem Christmas below his season averages.  I won’t lie, while winning at Syracuse is anything but impossible on Wednesday, I am seeing this game as a bad match up and potentially an offensive struggle of Biblical proportions.  Right now the Divide between Louisville and a late push at a top four ACC  Tournament seed is about this wide……. 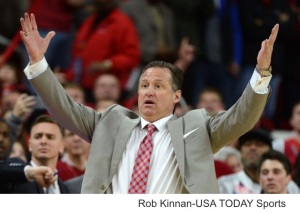 Enjoy the snow fall Card fans / Let’s see what happens Wed in the Carrier Dome. In closing and in the spirit of Feb 14th I leave my readers with a special Valentine’s card 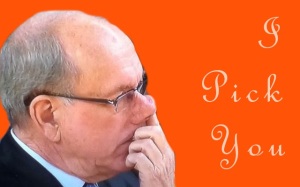